The Arizona Centennial Ride began at Mesa Riverview and traveled in a continuous line of motorcycles to the Arizona State Capitol in downtown Phoenix.

As riders from 21 states and Canada waited their turn, they were finally marshaled out of their staging areas (parking lots) by event organizers and made their way in staggered formation out to the freeway. Each according to their time of arrival.

Exiting near downtown, the heart of Phoenix was abuzz with electricity as the streets were closed off to other traffic and the gigantic, rumbling, 15 mile long, snake made its way past cheering crowds to the State Capitol.

It was amazing to see the massive number of bikers that turned out for this event.

• Proceed west on AZ 202 for approximately 10 miles; keep left at fork and follow signs for I-10 west/Central Phoenix/Los Angeles.
(AZ 202 Loop west merges into I-10 west)

• Keep right at fork and continue on 3rd St to Washington 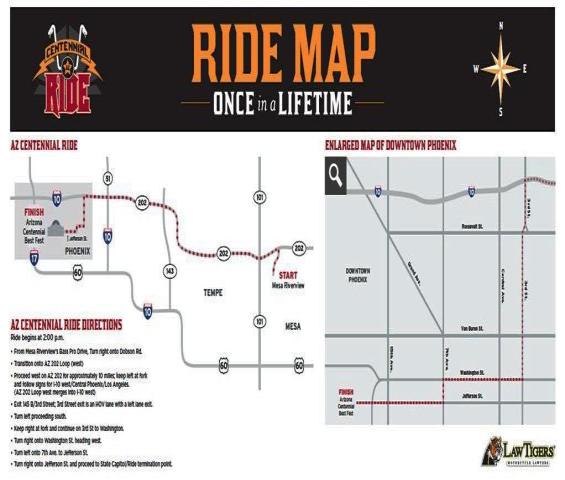 We started out the day by meeting up at The Tinder Box in Mesa at 10 a.m. Rocky, Tammy, and Brad hung out with me while we smoked some cigars, drank some coffee. After about an hour or so, decided to head on over to Mesa Riverview. The ride didn't officially start till 2:00 but we got there at about 11:50. The whole place was almost filled up with bikes. The main road into the complex was packed and the parking lots were rapidly becoming full too. 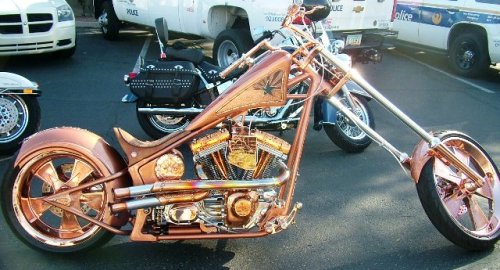 I had originally purchased my ticket online for $25. This guaranteed me a ride pin and a t-shirt. The others decided to pay when we got there.

Once we parked, they got in line for tickets and I to register. There were small groups of people surrounding Arizona Centennial Ride officials all over the place and this process only took about 15 minutes. Everyone also got a raffle ticket for the Copper Chopper.

At the check in, we were required to sign a liability waiver and then we received our wrist bands.

I went off to collect my ride pin and t-shirt as directed to another location.

Over the next several hours, more and more bikers arrived and filled all the remaining parking lots. There were so many bikes to look at that I couldn't believe it. Next to Sturgis, this 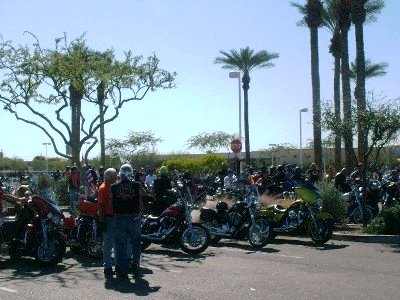 appeared to be one of the biggest biker rallies I have ever seen.

I think the official figure was over 3000 bikes!

The weather couldn't have been better.

By noon the temperature crept up to around 78° under beautiful clear blue Arizona Skies. Then we waited...

The scheduled start time of 2:00 came and went and we still hadn't started our bikes up.

At about 2:20, everyone in our lot was getting anxious and began to start up and get into position to exit the lot and join the long train. The guys at the front of the pack had already reached the Capitol and we were still sitting.

Finally, we had our turn and were moving. The DPS had blocked the intersections and we headed out to the 202 Loop.

There was an unfortunate accident (a rider went down around Priest Rd.) that caused a backup and had us all diverting out of the carpool lane till we passed the scene.

Exiting on 3rd street, we were met by more DPS and Phoenix PD, who blocked all the intersections through downtown till we reached the capitol. Once downtown, the people that lined the streets were cheering and waving. As we proceeded into the heart of the downtown area, with the tall buildings, the rumble became louder and louder. At one point we were stopped and everybody rev'd up. The noise was deafening! That was really cool.

The State put on a pretty good event that day by turning the area around the capitol into a party with entertainment and lots of things to do and see. I surely will never forget my chance to participate in the Arizona Centennial Ride with my friends.

Here's a few more pics from the ride.
Check out Road Trip Bikers Facebook page for all the pics. 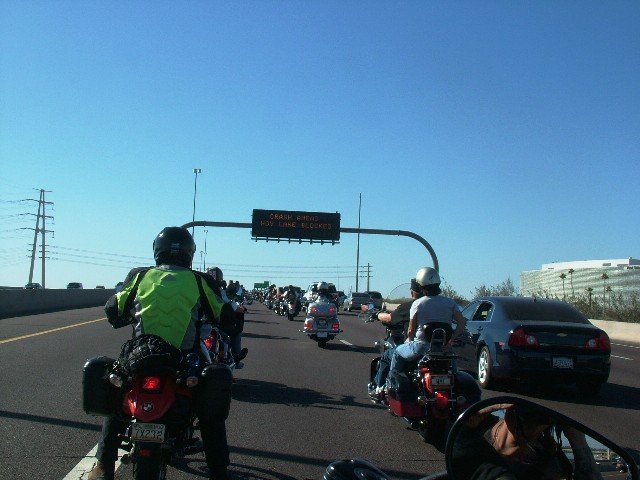 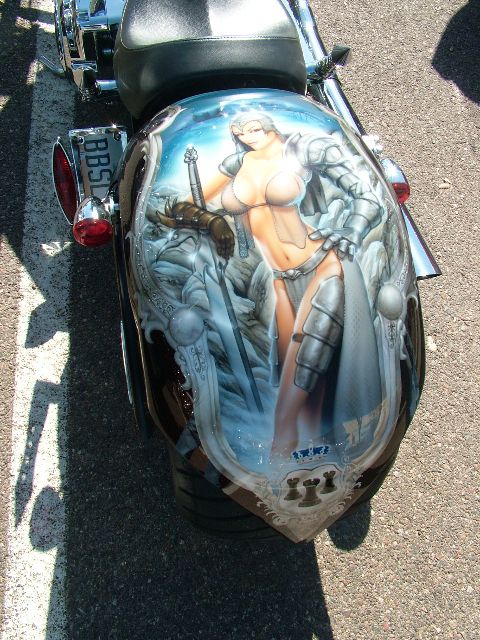 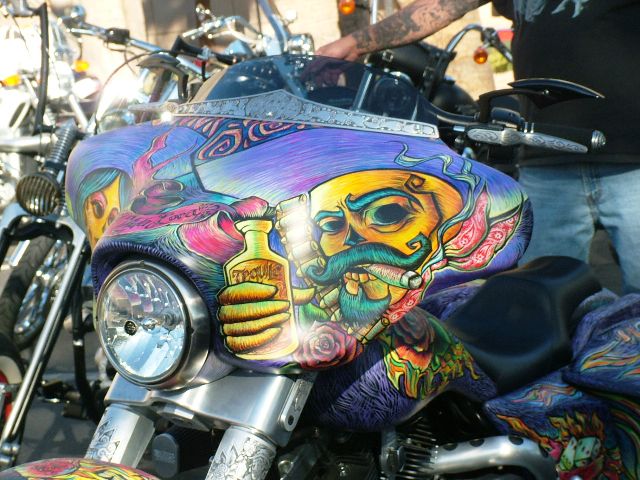 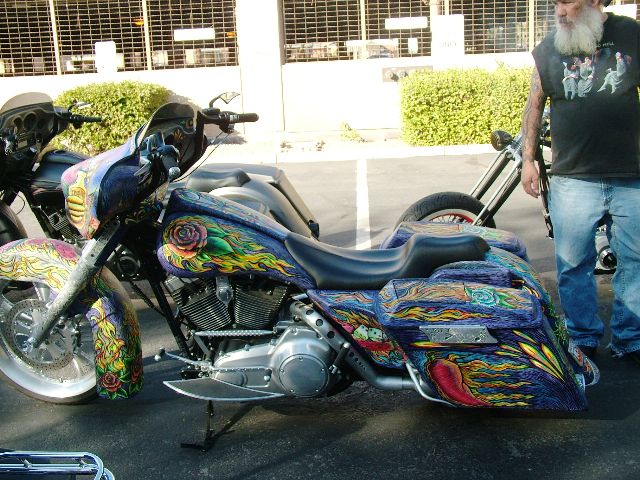 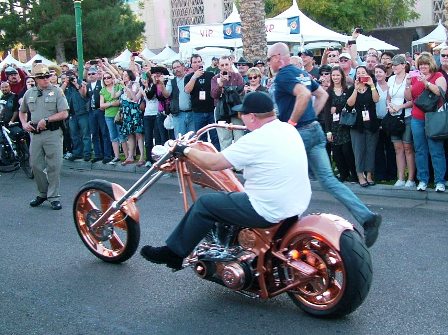